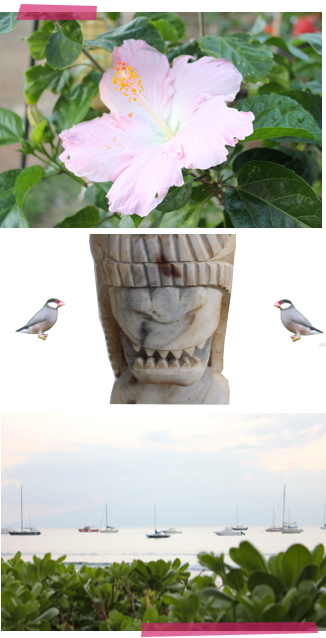 Ahhh. Hawaii. What a wonderful place. My husband and I are total adventure travelers used to extreme budget hotels, ramshackle school bus transportation, and hiding valuables in those little secret pocket belt things you strap underneath your t-shirts. So Hawaii was kind of like Luxury Central for us. In fact, I think I heard the theme song from the Jeffersons playing softly in the background at the Maui airport.
It's not so much that we're Movin' On Up, as much as we're Livin' So Far Away from my family. One of the perks of living abroad is that we have to meet "halfway" for the holidays. Hawaii isn't really halfway for my family in the South, but it is a lot closer to us than the continental US. And since we were traveling with 2 kids under 2, a 7 hour flight to Hawaii seemed a lot easier than the 12 hour flight home. 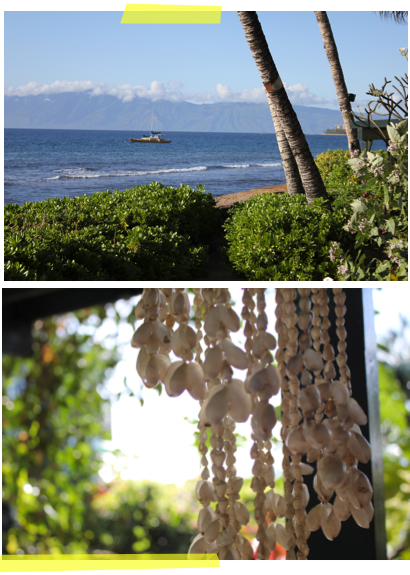 We stayed at the Makai Inn in Lahaina, Maui. It rocks. For starters, they were one of the few hotels in Maui that let us book way in advance (1 year) for the busy Christmas season. Next, their prices are totally reasonable. In fact, it's a flat out steal. The hotel faces the ocean and the view is amazing. We had a one bedroom with a small kitchen which wasn't beachfront, but we could still hear the ocean as we nodded off after a day at the beach. 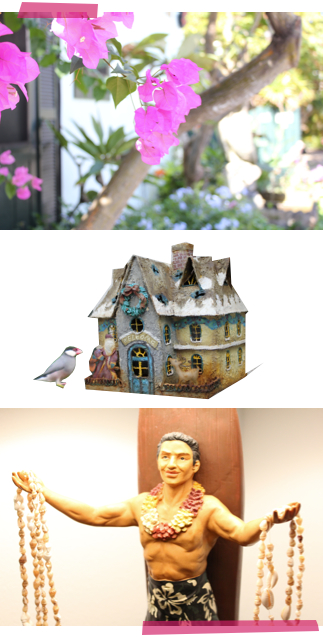 You might be wondering what the surfer dude with a string of shells is about. That was a kitchy lamp in the living room. His girlfriend hung out on our nightstand. I don't think the hotel will be winning any interior design awards, but with their low rates and great location who cares? Out back there was a really cool tropical garden which was lit up for the holidays and a wall of birdhouses (I think that's what they were) near the entrance. My parents had a deluxe room on the second floor where I tried to relax and enjoy he sunset and not fret over the possibility of my daughter knocking over the gargantuan Chinese vase in the middle of the room. Turns out it was bolted to the ceiling.
We tried out a couple of the restaurants within walking distance of the hotel. Fu Lin, a Chinese restaurant, had yummy cashew chicken, and Aloha Mixed Plate, a casual place where they serve pork and fish on paper plates. The center of Lahaina is about a mile down the road.
Thumbs up for the Makai Inn!
Labels: Hawaii holidays hotels

riverrover said…
Beautiful photos of a dreamy place. Know I should explore other Hawaiian islands, but Maui is so very seductive, it would be hard not to just go back there.