Friday morning when I woke up at the crack of dawn, give or take an hour, I turned on the (HG)TV and saw our almost house. The house that we almost put an offer on! A 100 year old farmhouse in a great location that was just so beautiful and gave off the most amazing vibes. The problem was (as the folks on Hidden Potential noted) the structural issues with such an old house might be a problem. Or they might not. You never know until you try, right? 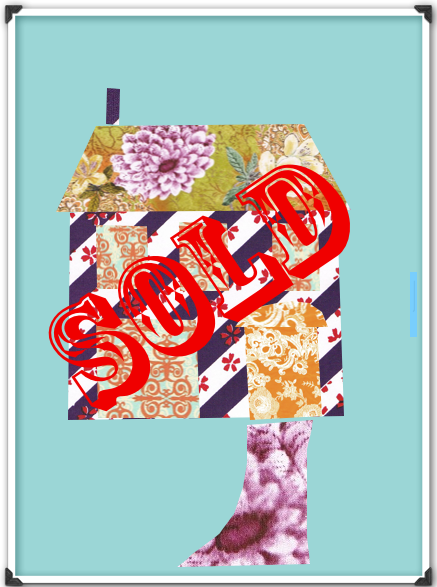 The thing is that this is our first house and I don't want to bite off more than I can chew. I'm just full of proverbs today.

I love, love, love the house we chose, but if we had gone with the farmhouse we could have had a free design consultancy via HGTV. The designers on the show did a virtual remodel. The second I recognized the house, I called Hubs at work to see if he could rush to the nearest TV and watch for himself. Turns out he has to work when he's at work, so luckily I had my camera ready to snap some shots to show him later. The remodel plan was interesting (especially the attic), but not quite the style I would choose for such a lovely old house. Basically, it looked too modern. I'm looking for a more vintage feel.

These are some pictures of what the designers had in mind for a remodel. 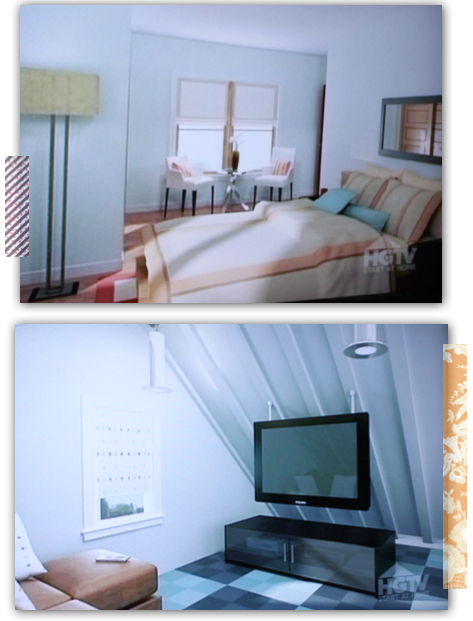 The couple on the show chose some other house in Shorewood that looked swell. And, surprisingly, the farmhouse is still on the market for much, MUCH lower price than when the show was taped. 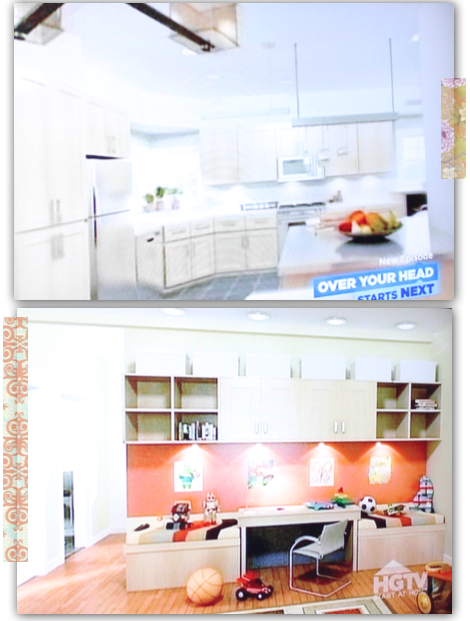 Meanwhile, when we drove by the house we did put an offer on the other day, there was a big ol' "SOLD" sign in the yard. How exciting is that. Only a few more days until moving time!
TV images snapped from HGTV's Hidden Potential.
Labels: decorating interiors