Ladies Who Lunch and Munch on Parsley 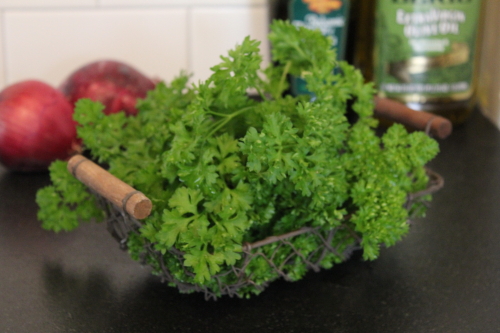 We had our first snow of the season today. My dentist was laughing at me because I was so impressed by the amount of snow falling. It's no secret that Upper Midwest winters are snowy, it's just that I'm not used to seeing snow so early in November.

As soon as I got home, I went straight to my herb garden and picked all the parsley. The only other herb I planted was chamomile and that never did too much out there in the garden. Then there was the basil plant that the neighbors gave me, but that died down a while ago.

So now what to do with all that fresh parsley? 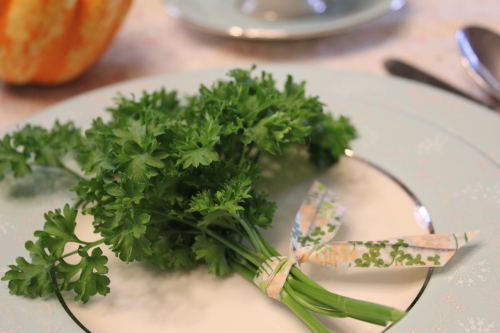 Bunching it up and tying it with some craft wire sandwiched in between two pieces of washi tape could be cute for a Ladies Luncheon. And it would be a good excuse to hold my first ever Ladies Luncheon. Maybe I could invite the neighbors over. Then they could take home the herbs as a little gift. Can't decided if that's silly or not. It looks pretty on the plates, though. 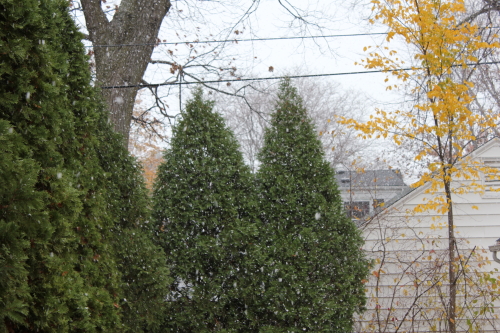 Whoa! Look at that snow. This reminds me, I need to buy that snow blower ASAP. This snow barely stuck to anything, but you know it's only a matter of time before a big one comes. 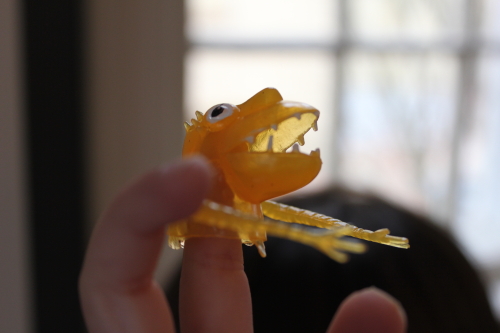 Speaking of the tooth doctor, it was a big dentist day for the whole family. When I got home, my husband went for his visit and took my daughter for her very first trip to the dentist. She refused to open her mouth, but still managed to get a few goodies, like this monster finger puppet and, of course, a tooth brush.

Some last thoughts on parsley usage...

1) Remember how to make a Green Door. I could swear I got this recipe off the internet and it was the most delicious drink ever, but I can't find it after several Google search attempts.
Think it went something like this:
A bunch of parsley chopped in food processor
juice from one lime
6 oz. grapefruit juice
shot of vodka (optional)
topped off with soda water

Parsley seems to play second fiddle in the herb family, but that's what makes it more exciting to try out as the main herb in a recipe, don't you think? It's kind of like adding an unexpected twist to the usual ol' recipes.
Labels: DIY gardening gardens washi tape