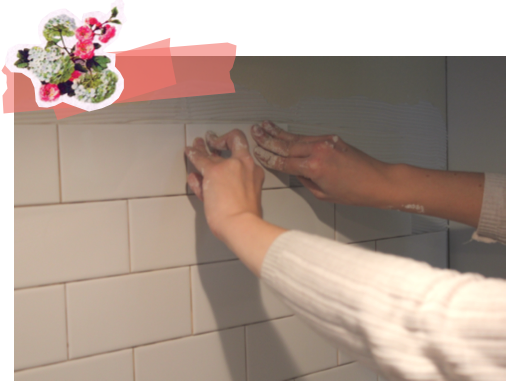 Can you guess what I'm doing this weekend? The pictures make it pretty obvious, eh? It's finally time to tile a backsplash with 3x6 inch white tiles. I chose a classic subway pattern because I love it and it didn't hurt that these tiles are some of the cheapest ones out there (about 26 cents each). I think the style suits our kitchen and our house, too. You could say it's a win, win, win situation. 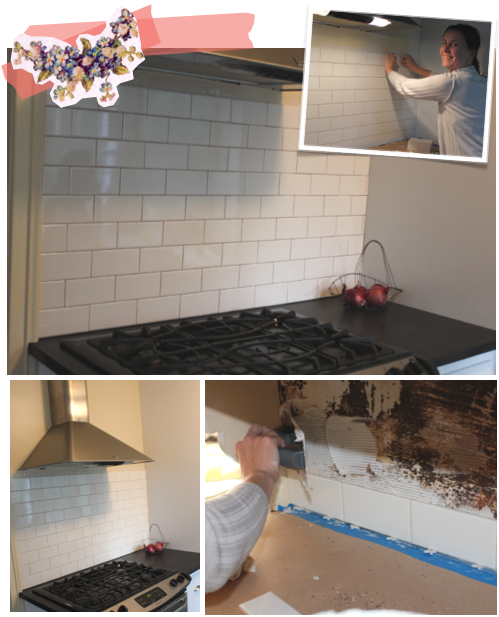 I still have to finish cutting some tiles to go over the sink and grout. Putting up the tiles was an all-day event. Three trips to 2 different Home Depots didn't speed up the process.
So is tiling a wall as easy as they make it look on those home improvement shows? Yes and no. Pressing the tiles into the mastic is pretty simple. And using the manual tile cutter was actually way more simple that I thought it'd be. Thought I'd have to use some muscle, but all you do is  score the tile by lightly pressing down on the blade and then snap it. I was doing great until I got to the bullnose tiles. Those are the more pricey tiles and for some reason I broke almost every single one. Finally, I gave up and called it quits for the day. The other thing I have not mastered is making more complicated cuts in the tile to fit around the window. Man, that's hard. The tool rental guy talked me out of renting the wet saw (which is what's recommended on DIY videos). He said a grit rod saw would "cut the tiles like butter." Not so. It's more like taking a nail file to cement brick. Maybe slightly easier.
I'm actually sore today, which is kind of pathetic. It must have been all the squatting on the floor to cut tiles with the manual tile cutter that got my quads burning.
There's still lots to do in the kitchen, like painting the walls, trim, window sashes. And then there's that floor... but I'm going to have to live with it for a little longer. Maybe next year I'll deal with the floors. In the meantime, here's a shot of the Before Kitchen, because it's fun to look at the progress we're making. 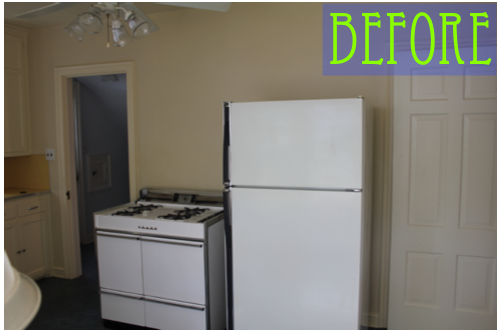 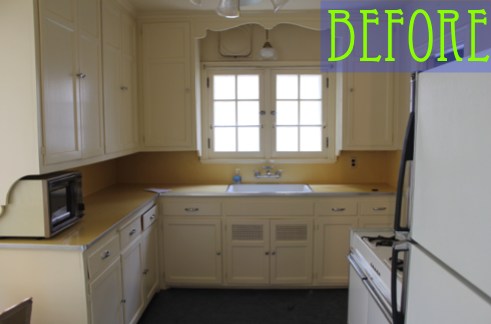 Of course, I'll be back later this week with a full shot of the kitchen. It's getting closer and closer to the kitchen of my dreams.
Labels: decorating DIY kitchen