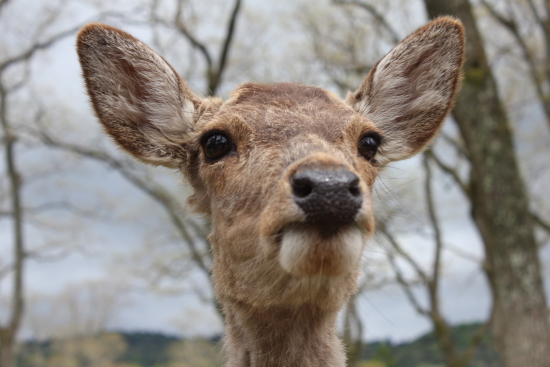 Nara, once the capital of Japan, is a pretty little town full of important historical sights (many of them World Heritage sights) in the mountains in the Kansai area. It's not too far from Kyoto and Osaka. We were all extremely jet-lagged on this day, but I'm glad we pushed ourselves and made the trip. 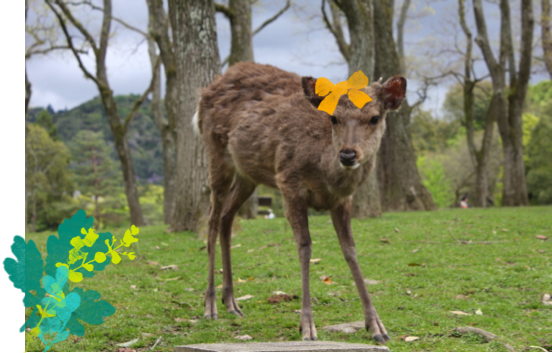 Nara Park is full of very outgoing deer. They're everywhere! Deer were once considered sacred animals in Japan and killing them was a serious crime. Since losing their sacred status, they've settled for just looking cute and taking deer snacks from the tourists. 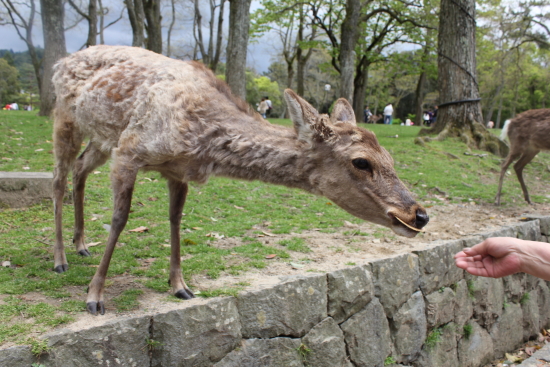 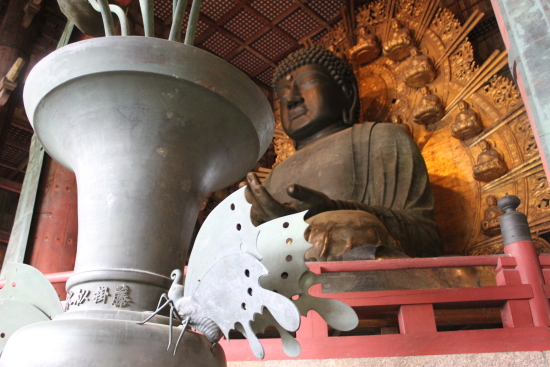 This is Todaiji Temple. It was originally built in in 752 and rebuilt in 1790. Inside is a giant Buddha nearly 50 feet tall! 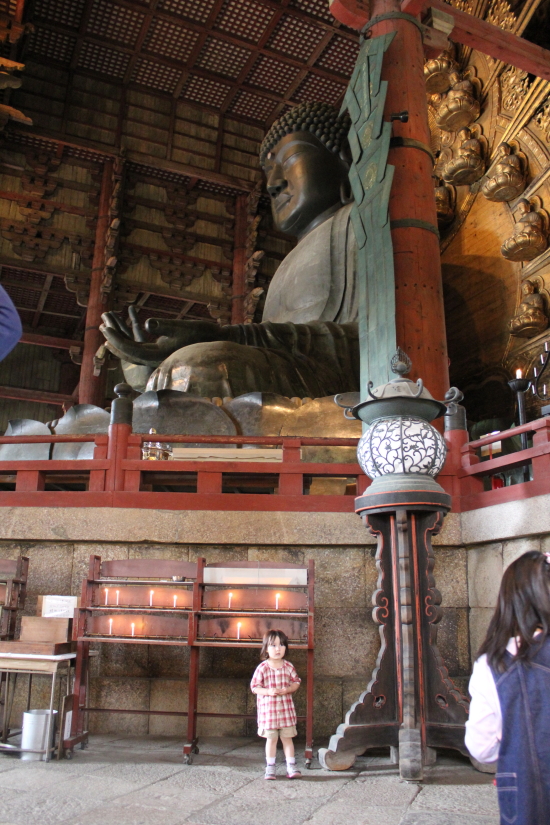 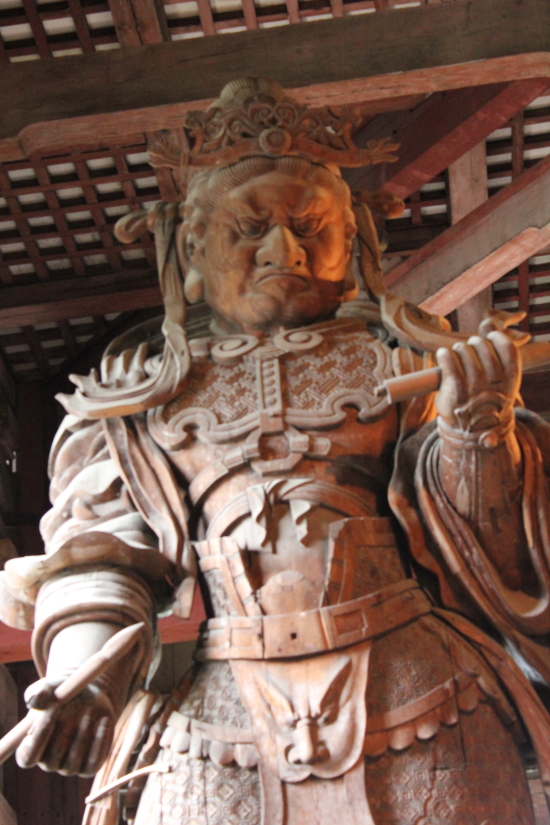 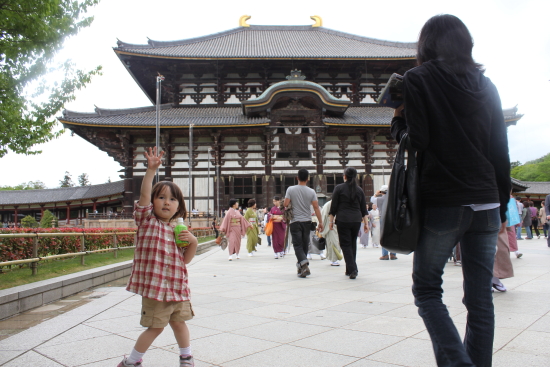 There was a tea ceremony going on that day and lots of women dressed in kimono. Can you see them in the background? 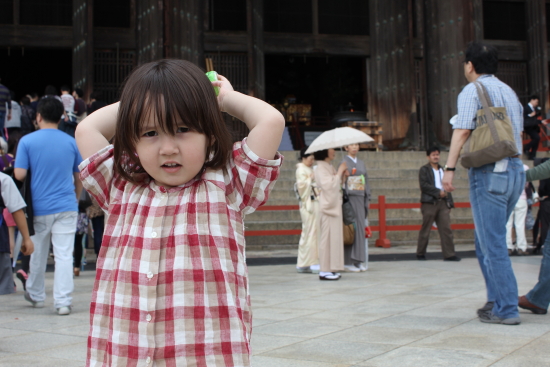 Some more women in kimono behind Anri. 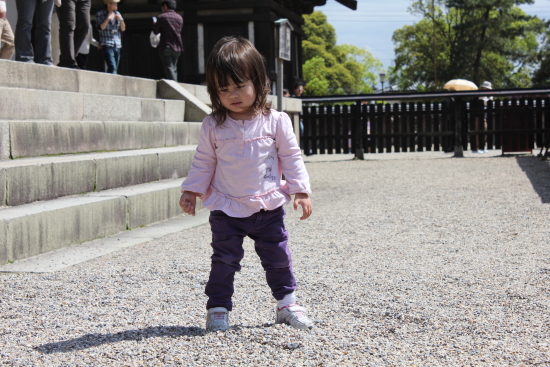 Isla as most interested in the gravel outside Kofukuji Temple. 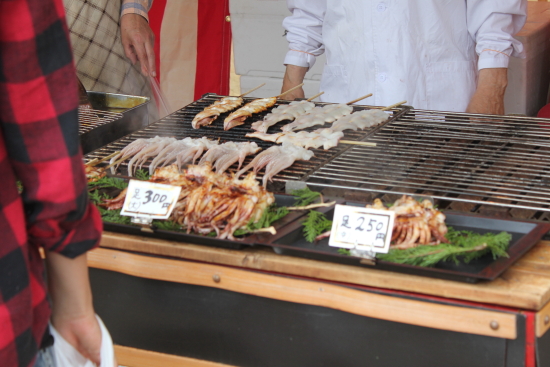 You won't starve during your visit to Nara. Unless you're a vegetarian. That's squid grilling above and it was delicious! Street vendors line the walkway to Todaiji Temple. 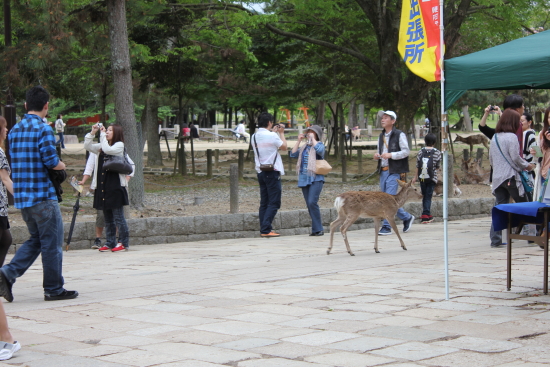 Deer strolling along with humans. 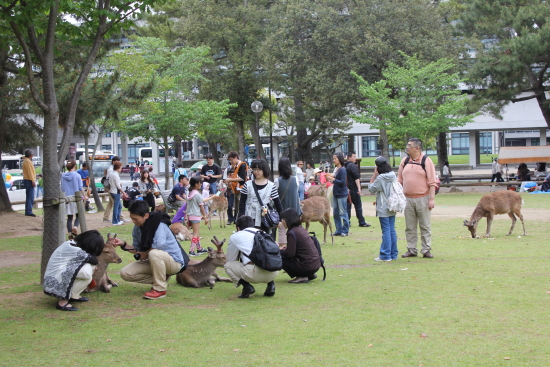 Just be careful with small kids. I saw a few little ones get knocked over by deer. Isla even had a run in with a small deer when she tripped and fell. The deer jumped over her and gave her a scare. Mostly, they're pretty gentle and not shy about taking snacks right out of your hand. They've also figured out that the best way to get your attention is to give you a little nip on the behind, so watch your backsides.

There's not a ton of information in English in Nara, so bring your guidebook and comfy walking shoes. There is so much to see and the sights are spread throughout Nara Park.