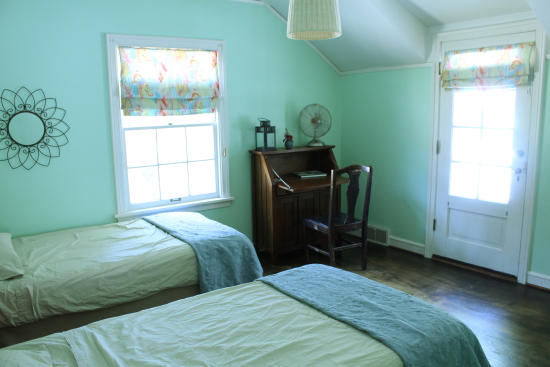 We have at least 3 overnight visitors this summer. That was the motivation I needed to get some work done in the guestbedroom/Mr. T's occasional work-from-home office.

This was the first room I painted when we moved in (Sherwin Williams Jocular Green). Other early changes made were switching out the old ceiling fixture with an Ikea shade, ordering that secretary online (not the easiest thing to put together) and making headboards (although I just recently switched the fabric). Oh, and Mr. T stained the floors. Please ignore the wrinkled sheets. I'm not the best at making beds.

I just finished making the flat roman shades. After making 5 top-down-bottom-up shades for the living room, these were a cinch to whip up. I bought the shade and headboard fabric over a year ago and finally realized that they go really well with the cheerful minty green walls.

Eventually, I'll get around to adding a little pizzazz to the beds with some colorful bedding, pillows and art above the headboards. The sheets are clean though, and that's the most important thing, right?

That little nightstand was an $8 yard sale find. As you can see, I painted it a dark pink, but I also painted the dark hardware white. Kind of a fun contrast.

The headboards were made with plywood, foam, batting and indoor/outdoor fabric. It was a simple project from one of my decorating books, but I decided to mount them on the wall instead of resting them against the wall. That was by far the hardest part. Next time, I'll use bigger pieces of plywood so I can do the lean-against-the-wall method. 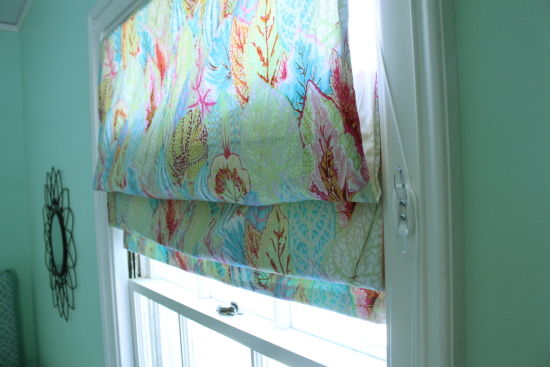 One other way I made things easier was to make a longer stackage (the length of the shade when it's pulled all the way up). Going from a 10" to a 15" stackage used fewer battens and lift rings. So that equals less gluing and sewing.

The shade fabric is Phillip Jacobs Coleus cotton quilt fabric and I think I got it for about $8 a yard last year. Quilt weight fabric is ideal for making roman shades because it folds a lot easier than, say, a heavy upholstery fabric. Here's my first roman shade project. 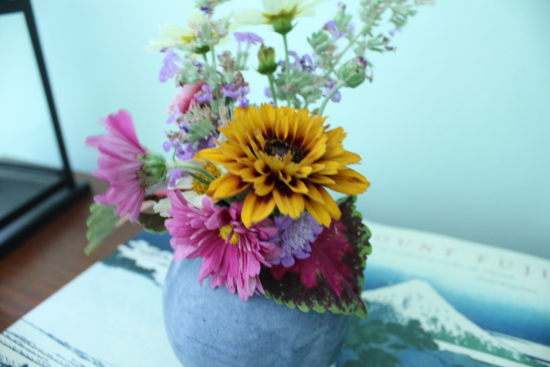 Finally, my garden is producing a few spare flowers for arrangements. I wish I had more coleus leaves though. They're so pretty and they match the shades! The guest bedroom door leads out to the balcony. I hardly ever go out here, but it's a nice spot to relax and the girls never look for me here! haha 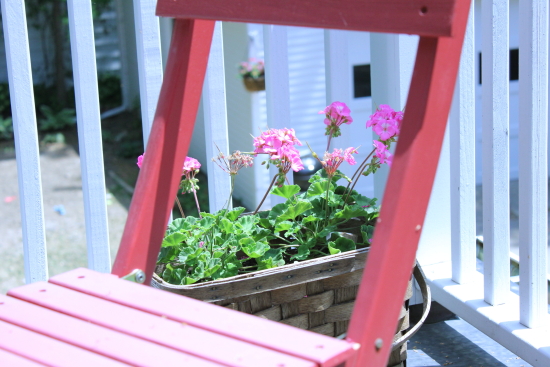 The two baskets I used for planting geraniums came from Goodwill. They were a steal at $2 and $3 each. Yeah!

And now for the before pictures... 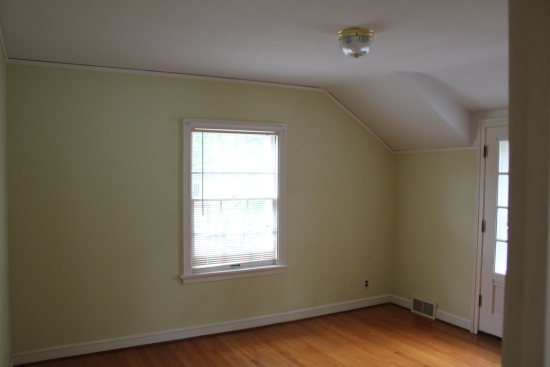 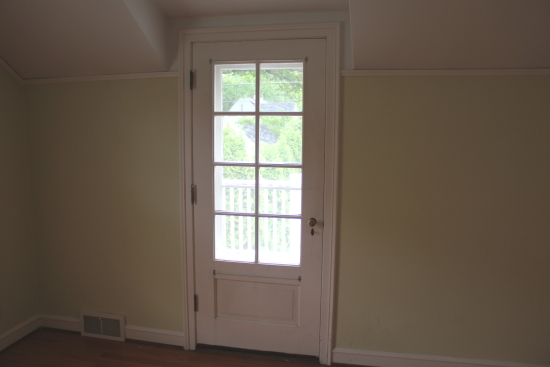 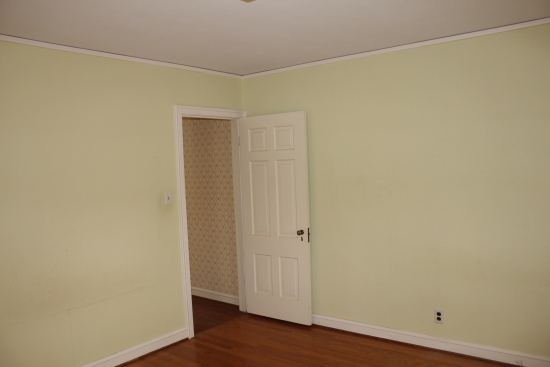 Sica said…
Hi there!! (: I stumbled across your blog and I adore it!!! I started following you.