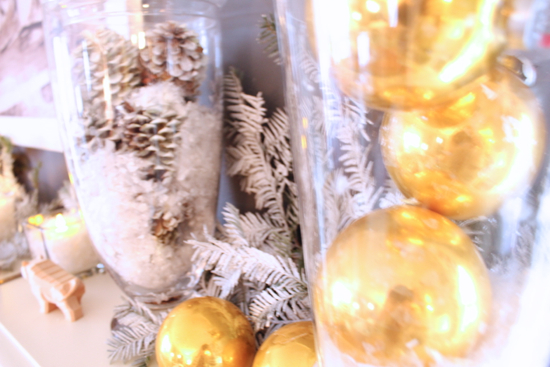 I just can't stop decorating for Christmas! After a slow start, I got some inspiration over the weekend and then even more after I looked at yesterday's mantel pictures. It was late afternoon, the girls looked bored, and leftovers for dinner meant that we had time to run to the dollar store and Walmart to pick up three little candle holders, flameless candles, a bag of fake snow and some snow spray. So really that's four more decorations (OK six if you count the candle holders separately), but this is really it. 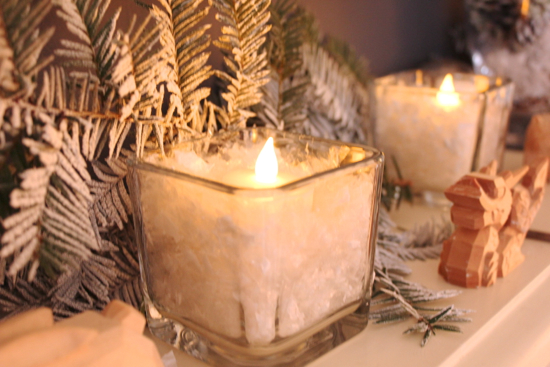 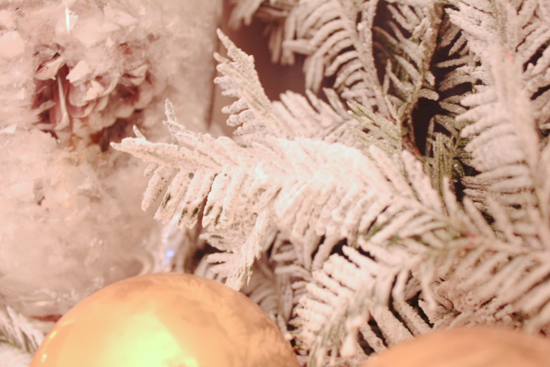 I clipped some more off the shrubs out front and sprayed them with snow spray. It's much easier than spray painting them because it dries fast and even if some spray gets on the wall, you can wipe it right off. It also doesn't smell. 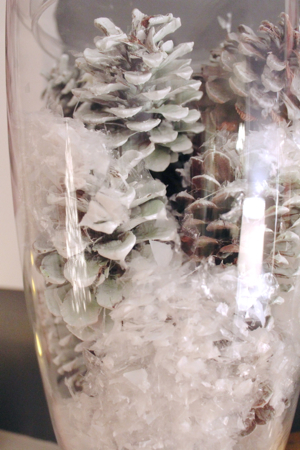 Care for a tall frosty glass of pinecones? 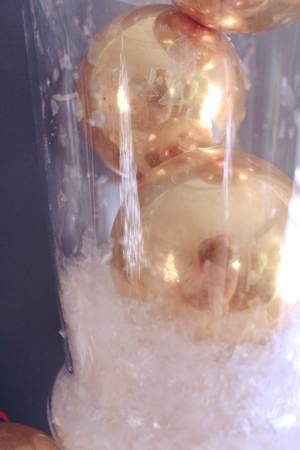 Or would you prefer a glass ball float? 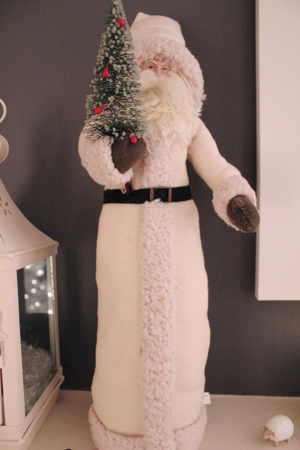 Santa agrees the mantel looks much better after taking off a few things and adding some frostiness. 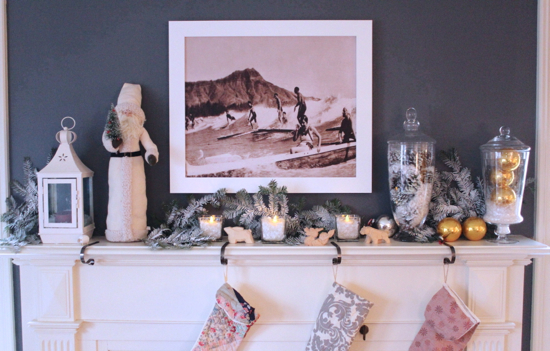 This is my mantel and I'm sticking with it! At least until early January. You can compare to yesterday's mantel below. 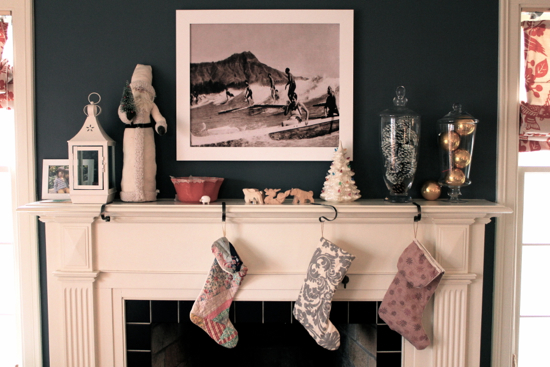 Now I just have to search for the missing stocking!

Kimono Design staff said…
Your mansel looks more festive and happy! I love the touch the fake snow and candles give to your room!
Yes, Santa agrees :D