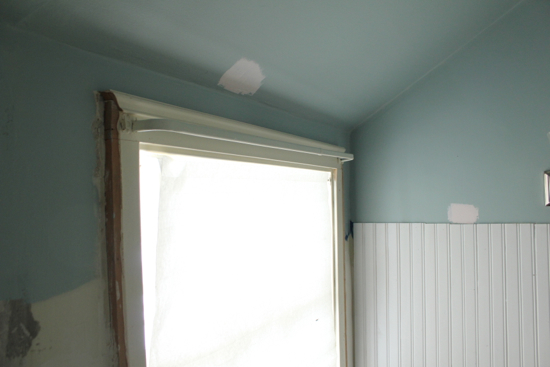 A couple of you are wondering what's going on with the bathroom, so let me give you a little update. First of all, we've been able to shower and bathe for several days now. And since last Tuesday, it's been even easier with the new faucet and shower head put in place. The handshower is amazing. Not only because it has 4 different water flow settings, but because we had it installed several inches above the old showerhead. Instead of having water sprayed at my clavicle, there's now this rainfall of water from overhead. 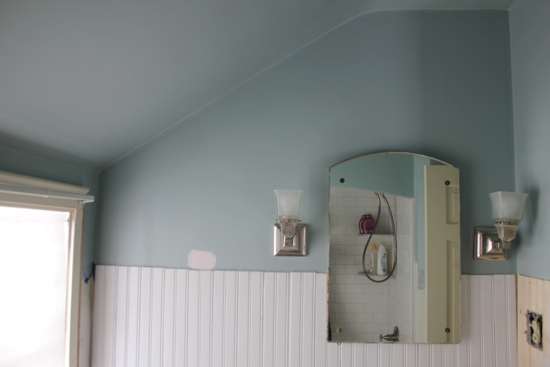 Now about the paint color. I am determined to get the color right. I started with Benjamin Moore "Wedgewood Gray" (that's it in the first 3 pictures). I found a swatch of a different brand and took it to Ace where my 4-year-old daughter found a near exact match faster than both me and the paint pro. 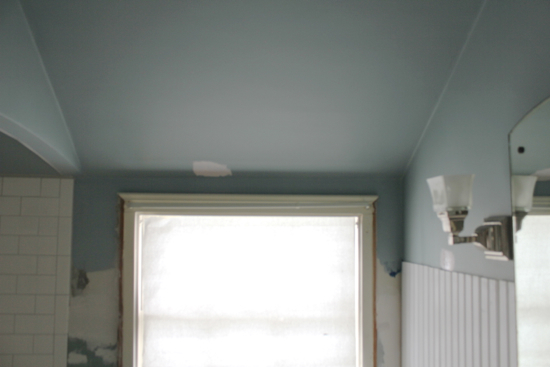 I did the swatch on the wall first, and then went full steam ahead. Still, I sort of knew 15 minutes in that this was't the right color. It's too dark and just not what I had in mind. I really want to be able to paint a room blue and love it, but so far this is the 3rd time I've repainted a blue room.

I looked through all my inspiration pictures again. They're all pretty much white. So you're probably thinking I went out and bought a can of white paint, right? Nooooo. That would be too easy. Besides, I really want something a little different than all the dozens of white bathroom pictures I see out there. There has to be some other option, which is what lead me to pink. That's right, I said pink. 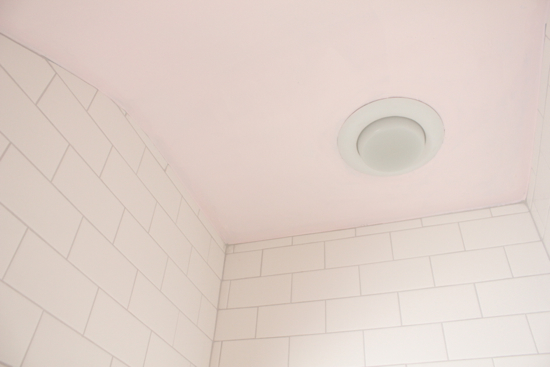 I already had a gallon of egg shell finish Behr "Musical Mist" in the basement. It was meant for the basement playroom. I jumped the gun on that one, because we're still a few away months from that project. 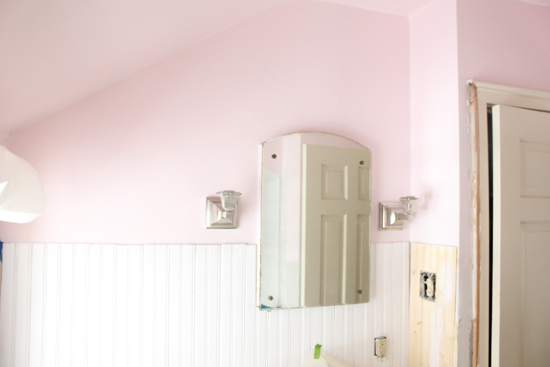 I figured, hey, why not just give it a whirl. What's the worst that could happen? I hate it? In which case, I'll just try another color. 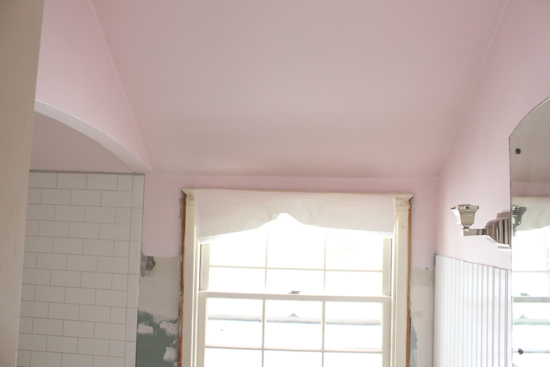 Yes, this is our only full bathroom, which means that my husband uses it, too. So you might be thinking, is your husband OK with pink walls? 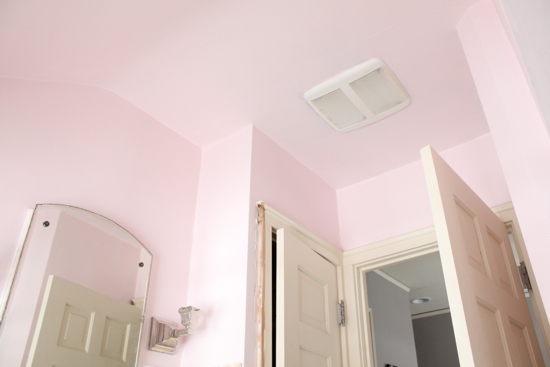 My husband said the paint color was up to me, so I didn't ask him if pink was OK. I waited until he took the girls to Japanese school and then got out the painting gear. When he came home he glanced at it and goes, "pink? I thought you'd go with white." He's not 100% sold on it, but I told him if he hates it  I'll repaint again. But he has to wait until everything is in place; the beadboard, the trim, the shower curtain, shade, and some darker more manly accessories. Oh, and I still have to do a second coat of pink. 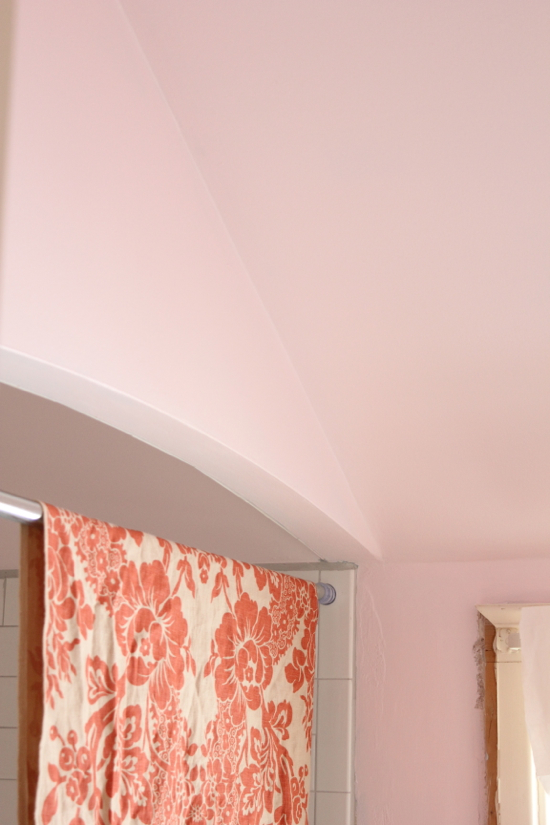 I've always wanted to have a pink and orange room. Sounds crazy, I know. That orange fabric used to be the dining room curtains and I'm thinking it could make a great shower curtain.