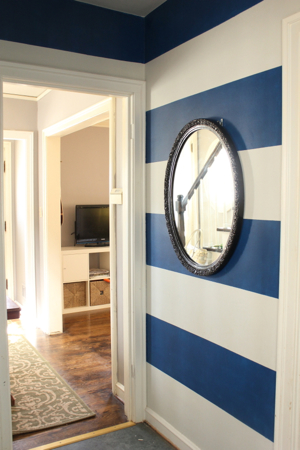 The navy stripes are on the wall. What do we think? It's definitely bold. But like my drama teacher told me, it's easier to start with a bold performance and tone it down if you have to rather than give a wimpy rendition. Or something like that. 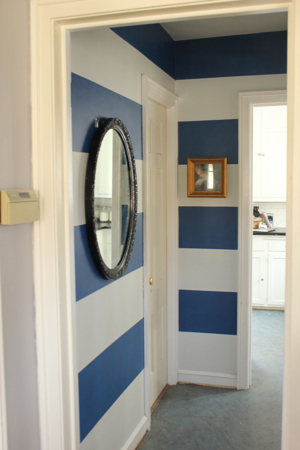 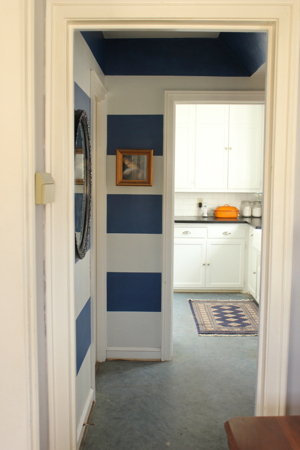 Here's how they look when you come in our front door... wait let me back up some more... 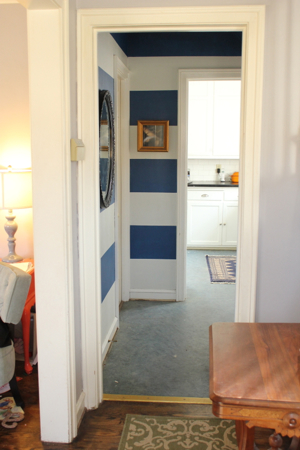 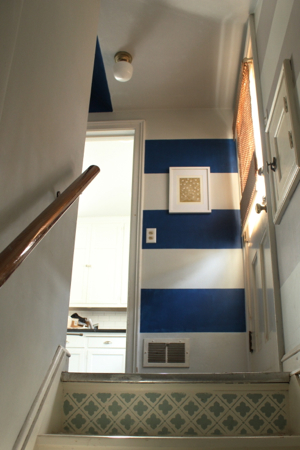 And here's how they look when you're coming up from the basement. 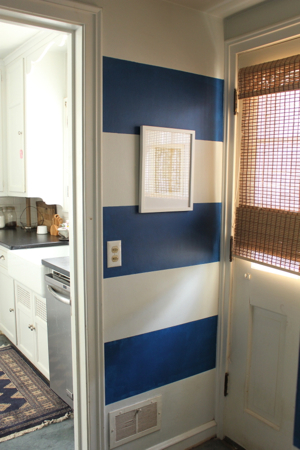 The reason I went with navy is because not only did I have a quart of it sitting around, but see that rug to the left? My friend brought that back from Pakistan for me. It's navy with some coral in it and I love it. It's so pretty. I knew I wanted to use navy somewhere else, too. 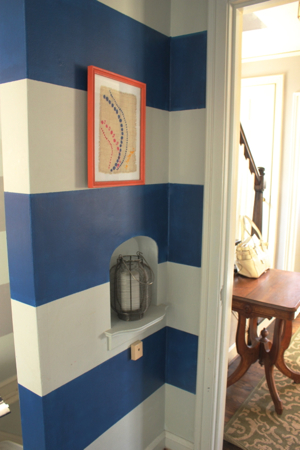 I don't know if it was the paint or me, but it took several coats to make it look decent. 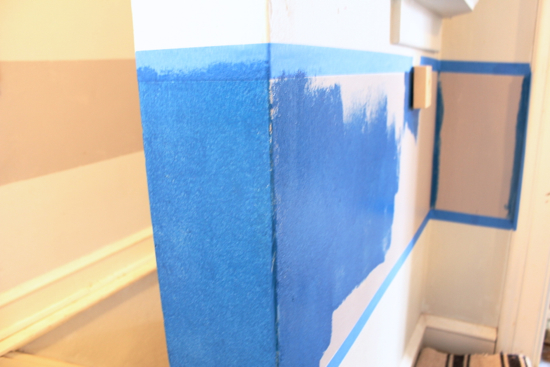 Since I already had stripes on the wall, I just placed the painter's tape right along the top edges of the stripes I was painting over. Then I pressed the tape down with a putty knife for nice crisp edges. I used a level the first time to get the stripes nice and even.

Here a little before/after comparison. It's not a complete "after" though. We still have to tile the floor, but it's always fun to see how things are moving along. See that door in the before shot? I almost forgot that had been there. We removed it to make the room look a little more open. I got the oval mirror at a thrift store and painted it. I think I'll sit back and take in my new navy stripes. But to tell you the truth, I want to repaint our dark grey living room wall (the one with the fireplace) the same color in a flat finish.