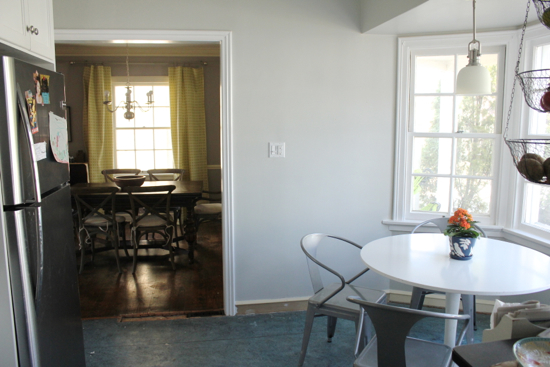 It seems like I've been painting trim forever, but it's only been two days. Here's where I am as of today.  There's also a pantry door I painted off to the left. Mr. T and I are going full steam ahead with tiling over the linoleum this weekend. We're both a little nervous. We went with a pro tiler for the bathroom, but our budget demands that we go DIY on the kitchen floor. 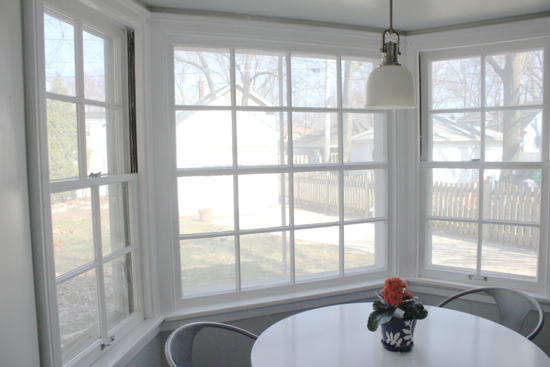 I love how the bay window trim looks in fresh white. Amazing. I managed to paint these windows without painting one shut! I used a 1" square angle sash brush and did three coats with very light amounts of paint on there. The brush was nearly dry and I sort of feather dusted it with a little paint at a time. 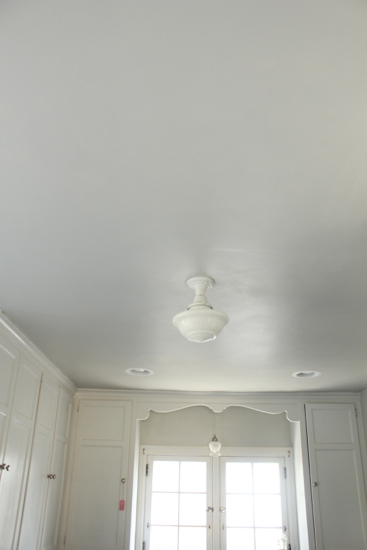 Not only did I paint the window and wall trim, but I did the ceiling too. The ceiling and wall are the same color: Benjamin Moore Gray Owl. I've been holding on to a gallon of this for ages (or about a year). I just couldn't be 100% sure it was the right color. But after having some painting fails with more saturated colors in our bedroom and bathroom, I decided a pale neutral was the way to go. And I absolutely love it.

You can also see the two new recessed lights we had an electrician put in back in February. We also put six of these in the living room and one in the dark hallway upstairs. This is one of the best improvements we've made so far. It's amazing what a difference some overhead lighting makes, especially in winter when it gets dark at 4 o'clock. See that dark oval thing over the wall opening? That's our very old-fashioned door bell. When our contractor opened up the wall, he almost tossed it, but I caught him in time. I love the noise it makes. It's not a dainty ding-dong. It's a got a deeper tone to it. 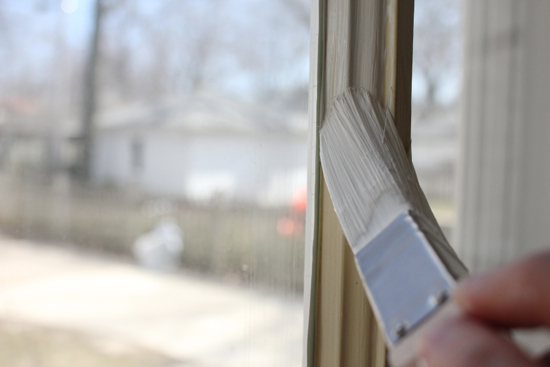 That's my 1" square angle brush. I would never attempt to paint so much trim without it. I think I only smudged the glass tow or three times. Of course, it's easy to wipe off a little smudge, but if you had to do it constantly it would really slow you down.

Oh yes, and before I started painting, I sanded down all the trim with one of those sanding blocks (or is it a sponge?).

There is still a lot of work to be done in here, but I wanted to get the painting done before our pretty new slate-like porcelain tile goes down.

Here's what we have left to do in the near future. 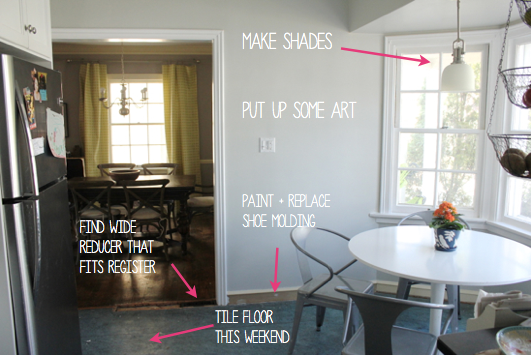 And down the road we'd like to do this... 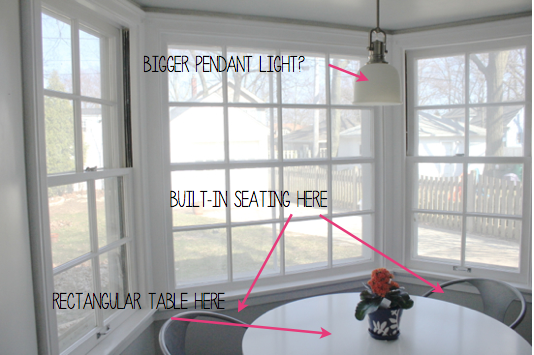 Here's what the kitchen looked like when we moved in. We opened up that wall to the dining room back in January. I'm looking at that old pendant light going why did I switch that? But then I remembered that it was really gross and corroded when you saw it up close. 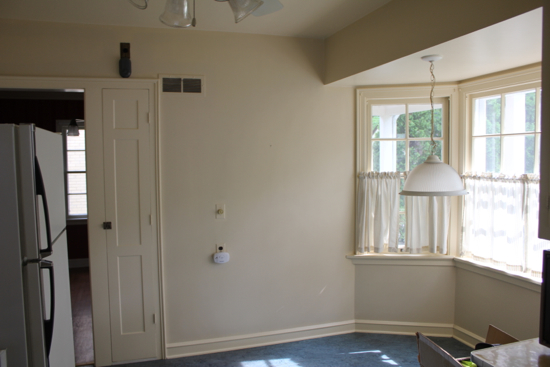 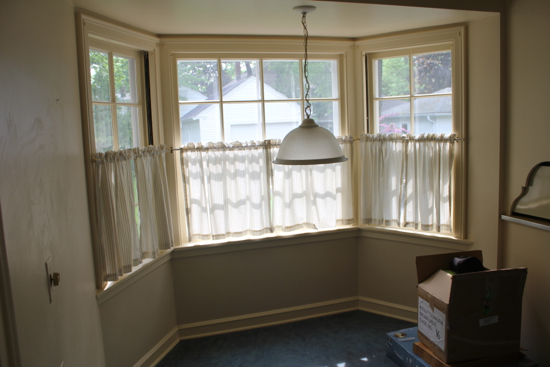 Here's what we've been living with for the past three months. It's so bad. I don't know why I didn't paint sooner. 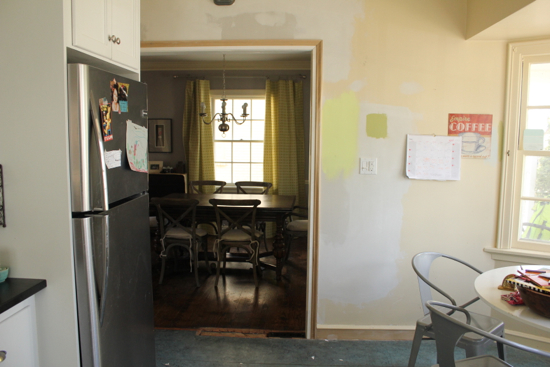