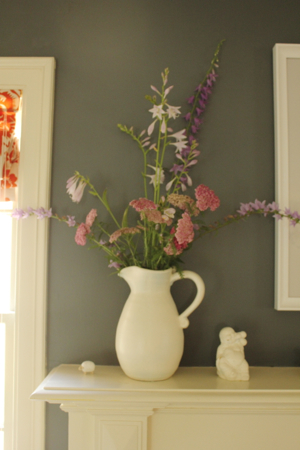 Good news: I have a new weekly blog column where I'm going to get around to fixing those little problem areas around the house. This should be the motivation I need to get these long-overdue projects done. My "Little Fixes" should only take a few minutes, an hour at most. 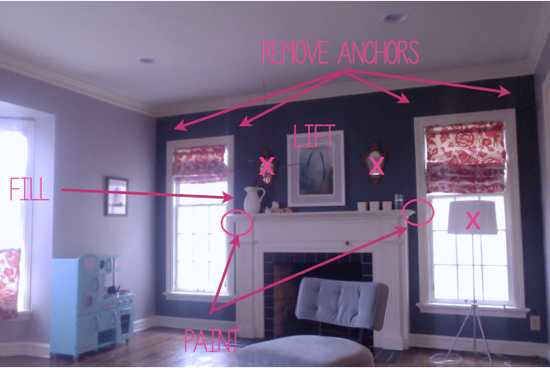 Bad news: Today's "Little Fix" didn't go by without a hitch. More on that later.

Today's goal: Fix a few flaws on the fireplace wall and clear out some stuff that's been collecting on the mantle. Also, take off the too-formal mirrors on either side of the art and put some fresh flowers in the vase. 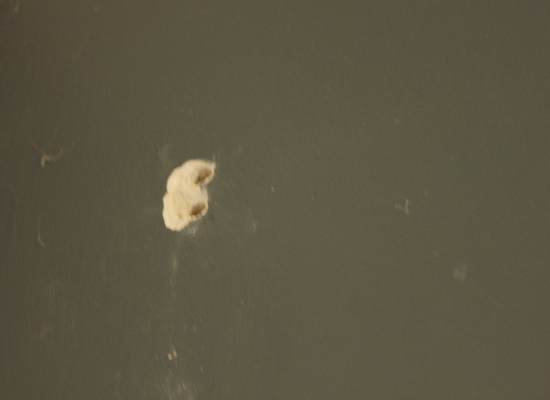 Part One, Remove Visible wall anchors, patch all holes in the wall and paint
Step 1:  Pull out anchors using flathead screwdriver to wedge it out. Used hammer to lightly tap and pry out the stubborn ones.
Step 2: Wipe down area with clean cloth.
Step 3:  Smooth on spackling with putty knife at a 45 degree angle.
Step 4: Follow instructions for drying time, lightly sand, wipe and paint over. 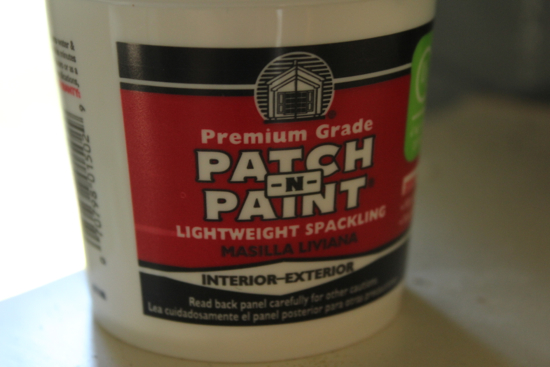 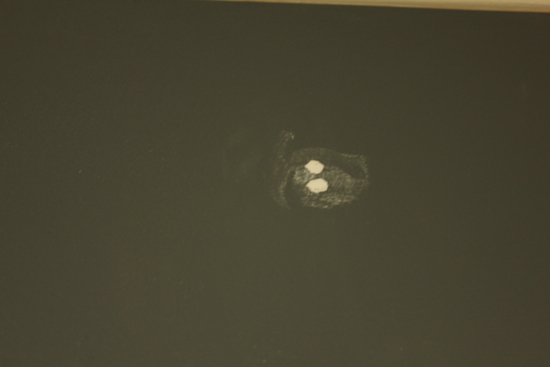 Part Two, Finally paint those unpainted half inch spots on the wall
Step 1: Use cotton swab to paint hard-to-reach spot between mantel and window frame. 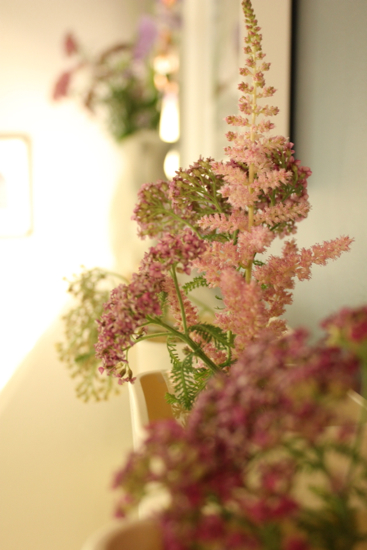 Part Three, Get rid of some tchotchkes
Step 1: Take off mirrors (they're looking too formal)
Step 2: Move framed art up so the bottom of frame is about 7" from mantel.
Step 3: Remove other nicknacks that have been collecting on the mantel
Step 4: Fill up vase with fresh flowers from the back
Bonus: move out the broken floor lamp 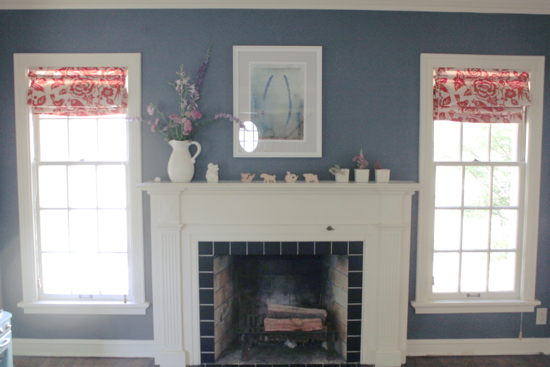 Tools I brought up from the basement:
1. Flathead screwdriver
2. Putty knife
3. Hammer
4. The Sherwin Williams "Web Gray" paint sample. It only took one sample pot to paint that wall and I still have some leftover.
5. Clean rag
6. Sandpaper (fine grit)
7. Spackling compound

What made today's project not-so-simple.
1. I spent about 15 minutes trying to get the paint jar open. It was one of those plastic sample pots. After struggling until my hands hurt, I ran the lid under hot water for a while and then hit it against the counter. That worked.
2. I dropped the pot of paint and it splattered all over the floor, wall and the kids' play kitchen. Luckily I missed the rug.

Anonymous said…
Just finished the same project of removing sheet rock anchors, but instead of pulling them out we pounded them in further, then filled countersinks with caulk. Most worked OK, but had to fill one huge crater we created with cotton balls first! Mostly very satisfying work.
Were you able to make the spilled paint look intentional, like a Pollock?
POW
July 24, 2013 at 2:47 PM

Vanessa said…
Cotton balls... that's creative. Luckily it was just the latex paint so it came up easily. If it had been oil based I would have been in trouble!

Unknown said…
Oh man, that is funny how you cracked open the paint lid on the counter and then spilled it everywhere. We spilled a gallon of white latex on our wood floor years ago and it never really came completely up.
July 24, 2013 at 4:34 PM

Vanessa said…
Yeah it sucked. I've dribbled latex paint before and I've found that it's actually easier to wait until it dries and then peal it off. But this time there was too much paint and I couldn't risk the kids/dog/cat running through it and then onto the carpet.
July 24, 2013 at 5:01 PM